Last weekend I started my morning off in Park Woods Hellingly.

I brought just my Zero Image 4x5 pinhole camera along and some Fomapan 100 film. I wouldn't normally take just my pinhole camera as I've never been a big fan of pinhole photos in the woods, but had seem some good examples recently and from my last shoot in Lake Wood I was really pleased with my pinhole tree images. So this week I decided to explore on this a bit more and push myself a bit. 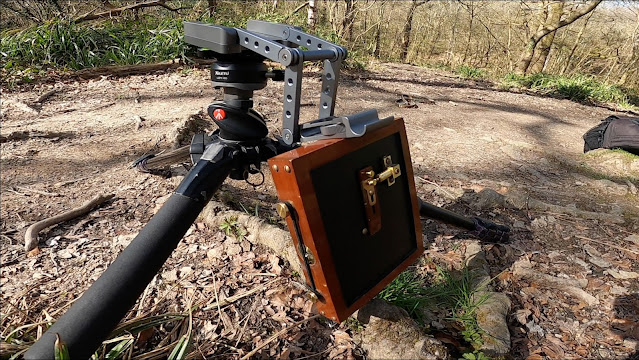 Looking up
Exposure: 6 minutes 36 seconds
Please with this, was not expecting the sun to show up in the image.
Next time I think I would move the camera closer to the the to get some bark detail. 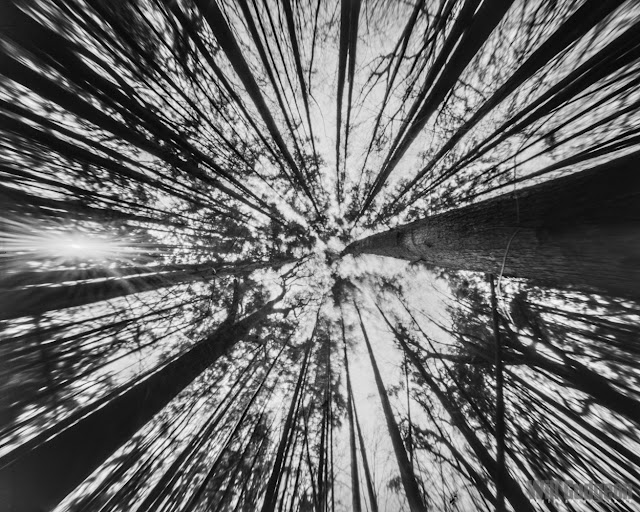 Second image
Between the trees
Exposure: 1 minute 9 seconds
Sat the camera in the base of these trees and pleased with the result, came out as expected. 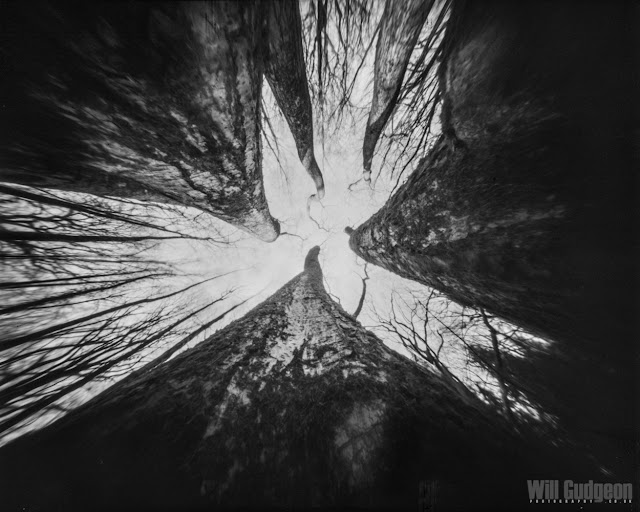 The old bridge.
Exposure: 1 minute 9 seconds
The Zero Image 4x5 always surprises me how wide it is @25mm no matter how much I use.
Really pleased with this 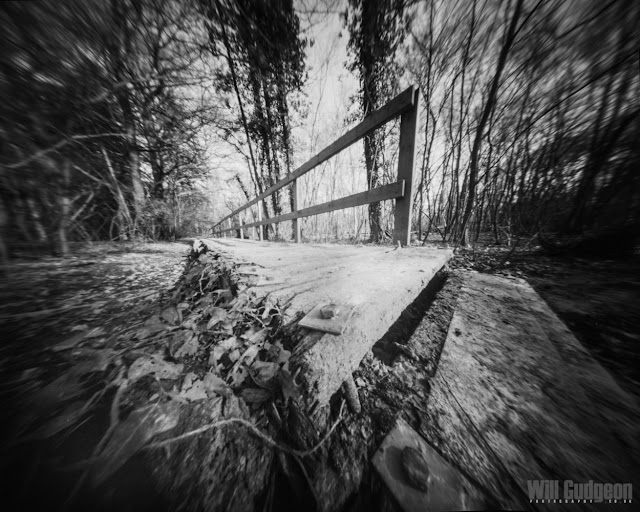 Fourth Image
The old burner
Exposure: 2 minutes 50 seconds
Presuming an old log burner for the old Psychiatric hospital. This shot didn't come out as I had hoped and as soon as I opened the shutter I regretted in, but it's part off the process. 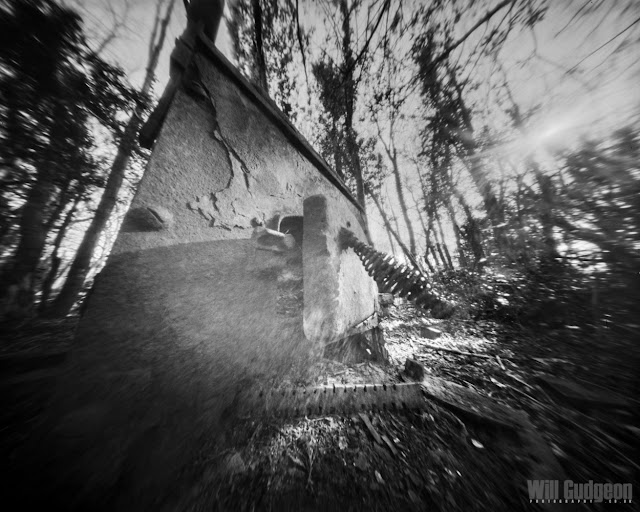 Fifth image
The old burner II
Exposure: 2 minutes 50 seconds
(Can you find the dog?)
Prefer this angle to the other, I was going to add an extension for a longer focal length, but that would off reduced the light and made the exposure around 7 minutes. So decided to stick with the slightly wider and shorter exposure. 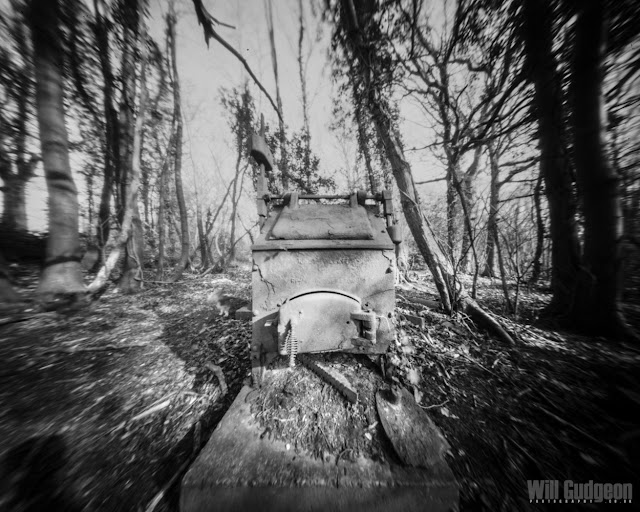 Sixth and Final image
The nicest tree I found.
Exposure: 1 minute 9 seconds
I was particularly looking for nice big trees with lots of roots on show, and this was the nicest I found.
I wish I had got a bit closer to the tree, also I was concerned about that big branch going through the top middle being a bit dominate when composing the shot, but to far to the left, I would have had the sun, and to far to the right I would off had mine and the cameras shadow in the shot.
But regardless of the big branch, I'm pleased with the shot. 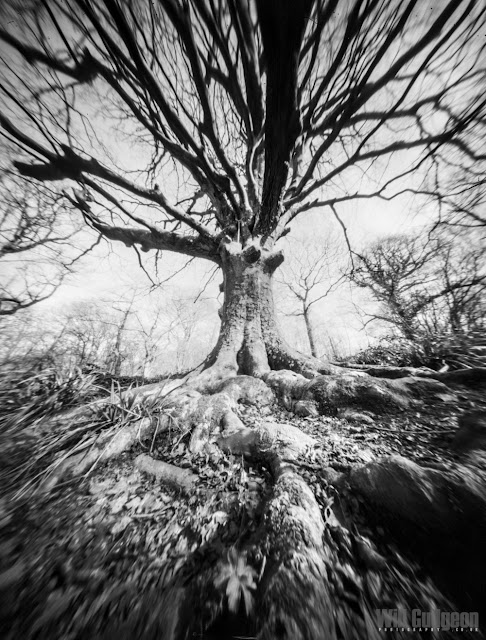 Video of the shoot
Thoughts on this shoot.
Considering the thought of photography trees with a pinhole camera had never really appealed to me, I think I will be spending more time in the woods, really enjoyed it. Me and the dog did get lost and him being an old dog struggled towards the end as we ventured much further than expected, so he did need a carry, which I was thankful I only had the pinhole camera with me, because much else and that would off been a lot harder. I would off liked to add an extension onto the pinhole camera for a different focal length for some shots, but the exposures would off been much longer and was limited with time.
Definitely going to be exploring more woodland with my pinhole camera.
Kit used on this shoot
See my Full kit list here
If you would like any of the photos in this post, my favourite are available on my site.
You can purchase digital downloads for personal use and Editorial use, also Giclée art prints, Framed Prints and Canvas Prints.
https://www.willgudgeonphotography.co.uk
Or a wide range of products are available for world wide printing and delivery through my
RedBubble Store