I officially had to "lockdown" Monday 30th due to the virus and following UK government guidelines, with the time off ahead I decided to set a little project using my Zero Image 4x5 pinhole camera to record a solargraph during my lockdown period. 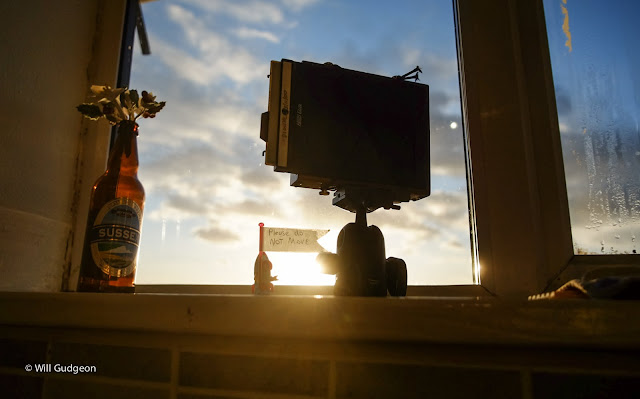 I haven't done any of these for a few years now and normally wouldn't use my Zero Image.


Solargraphy (according to Wikipedia)
Solargraphy is a technique in which a fixed pinhole camera is used to expose photographic paper for an extremely long amount of time (sometimes half a year).
It is most often used to show the path of the Sun across the sky.


I have done these before to expose a single day to an entire year, and what they do is recored the suns path as it goes across the sky.

Example:
The 2 images below were from 2 different cameras same position, Beachy Head Lighthouse.

The Second image is a six month exposure, showing the path of the sun from the winter (lowest) to the summer solstice (highest) 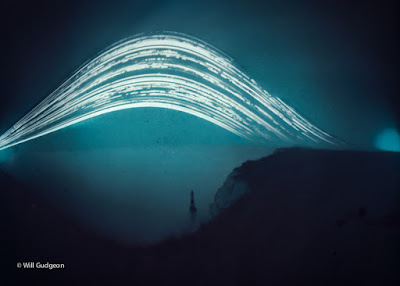 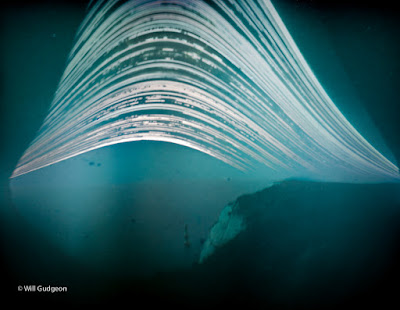 The big arch comes from the way the light sensitive paper is curled around inside the can, which gives the same effect you would get from a fisheye lens.

Below is a photo of one of my Solargraphy cameras and the results.

And one of my homemade solargraphy cameras.

Using my Zero Image pinhole camera for a solargraphy will give a different result, a more accurate result as the light sensitive paper will be flat. So as long as no one moves the camera it will record the suns position change throughout every afternoon during my lockdown period, which I'm honestly hoping is not going to be to long.


I have had results from a single day exposure using this camera before, from this same window its currently sitting in.
Im hoping the longer it sits there the more foreground detail it should pick out, also since this one the tree is now gone, and i'm using it set to a wider focal length. 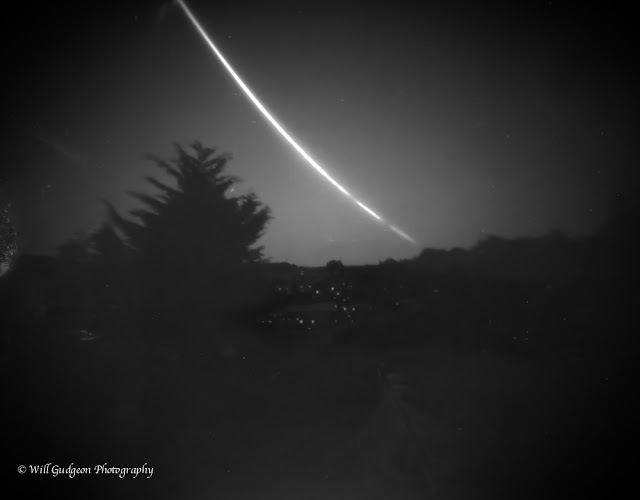 I am also putting together a short video to show the process and recording a few short time-lapses of the camera in action (or it just sitting there), which when complete will be uploaded to my YouTube Channel so please head over there and Subscribe.

You can learn more about solargraphy and how to do it in a previous post of mine.
Which you can see HERE

Hope you are all staying safe and well, and as tempting as it is to get out and about, please stay home and avoid others where you can.