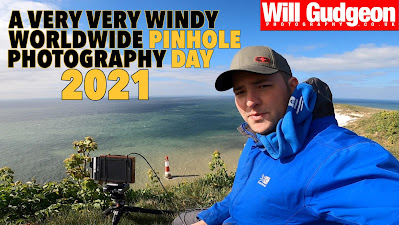 Worldwide Pinhole Photography Day was celebrated around the planet on April 25, 2021.
I headed out with my Zero Image 4x5 pinhole camera loaded with Fomapan 100 film.
It wasn't the best day, I woke up late, had a bad back, the light meter app which I use kept crashing and it was very very windy (30mph +).
The first shot I set up was off this windswept tree on Beachy head.
I had a light meter reading off f/8.0 - 1/250 - iso 100
Adjusting the f stop to f128 gave me my an exposure time of 1 second
Adding the reciprocity failure of the film gave me an exposure of 2 seconds.
I decided I wanted a longer exposure to add more motion to the reached out branches, so I added a 3 stop ND filter which gave me an exposure of 8 seconds, adding the reciprocity failure gave me a final exposure of 57 seconds. 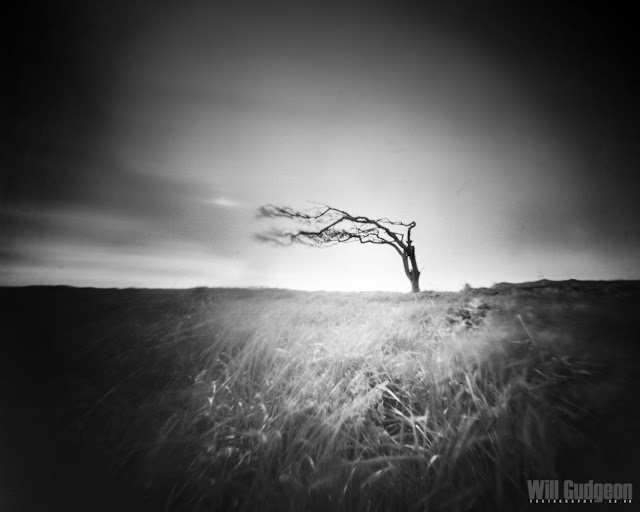 Beachy Head Lighthouse
I decided on another wide angle shot here, which does push the lighthouse to look further away than it is.
I have shot a few pinholes here before, but never really been overly pleased with the results, I decided on a slightly different approach by making the foreground more of a thing in the image, still no totally happy with it, but I refer it to the others, so may try and improve on this in the future here.
Zero45 @25mm - Fomapan 100 - 2 second exposure. 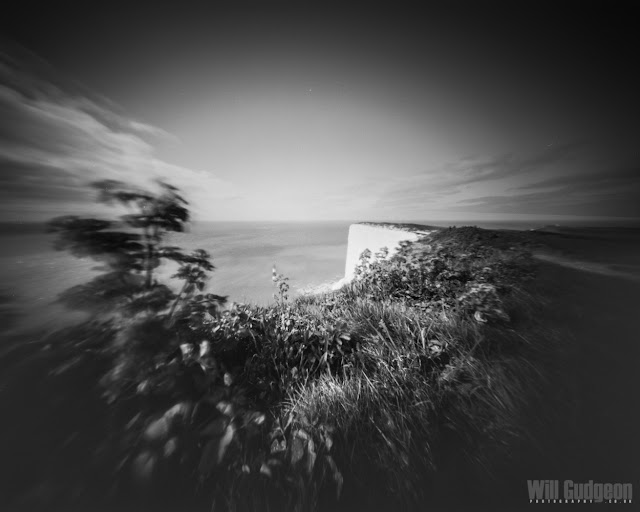 Belle Tout Lighthouse
My favourite shot I have had of this lighthouse was done on pinhole (can be seen here), I have tried different approaches with pinhole cameras here since, but they just are not what I'm after.
This photo is really not very good, but admittedly I wasn't expecting much for it. the wind was so strong up here that during the 20 second exposure I could see the camera wobbling about.
I had also underexposed the image, so a bit extra work in Lightroom was need to try and get something out of it.
Zero 45 @50mm - Fomapan 100 - 20 second exposure 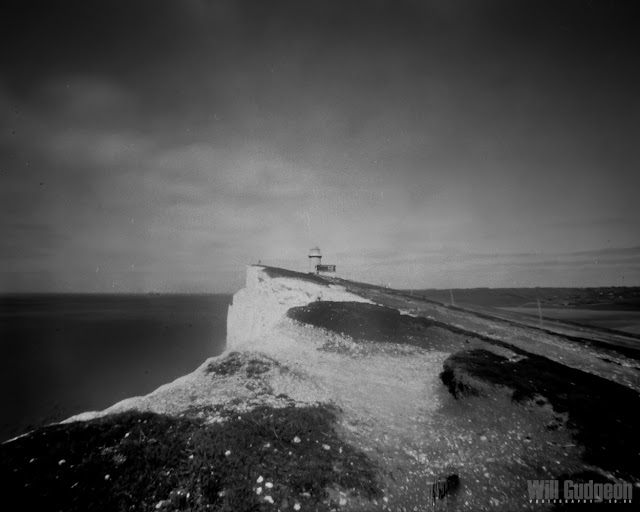 Beach
I accidentally underexposed the above shot, then accidentally over exposed this shot...really wasn't the best day. This was a very quick set up shot, as time was getting late into the morning, I had hoped to get somewhere else but traffic was getting very busy.
So really not impressed with this shot.
Zero 45 @25mm - Fomapan 100 - 6 second exposure 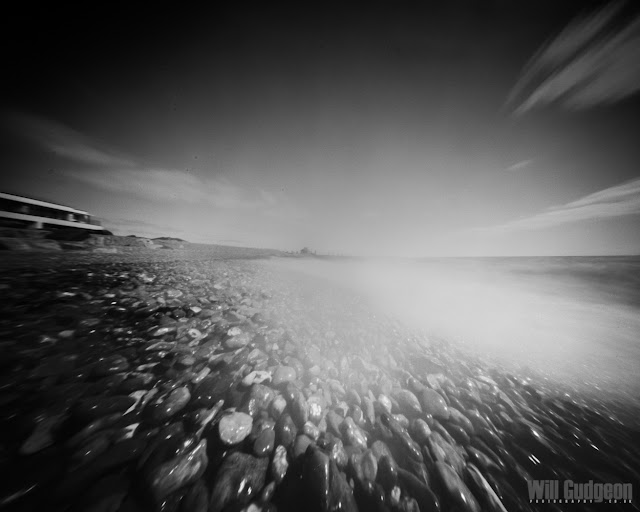 Watch the video behind this shoot.
Kit used on this shoot
See my Full kit list here
If you would like any of the photos in this post, my favourite are available on my site.
You can purchase digital downloads for personal use and Editorial use, also Giclée art prints, Framed Prints and Canvas Prints.
https://www.willgudgeonphotography.co.uk
Or a wide range of products are available for world wide printing and delivery through my
RedBubble Store