on May 13, 2021
Last trip out with my Zero Image 4x5 pinhole camera, I headed to some local wind turbines just a short walk away from home. Last time I was here with my Zero45 was Worldwide Pinhole Day 2020.
It was a lovely day, plenty of cloud and no wind, it is nice to have some motion on the blades, but they can get washed out if the exposure is too long with the blades spinning.
All photos were taken with my Zero Image 4x5 at 25mm (superwide) and Fomapan 100 film, developed at home in a Mod54 using Ilford ILFOSOL 3 developer for 5 minutes.
NOTE:
If you watch the video, I have cut it as much as possible, but for some unknown reason I kept doubting how wide the Zero45 is, and saying "I doubt I will get it all in"... I think the reasons for this are
1) Clearly have a stupid day
2) Last time I was here I had a few shots which cut out the top of the blades as I was using a longer focal length and composing the shot slightly differently.
However, with the first shot I though I was going to get more of the tree in, so 1 shot I think its wider than it is, others I don't think its wide enough...
First shot
Wind Power
I was hoping to get more of the top of the tree in, but still actually pleased with this one.
7 second exposure 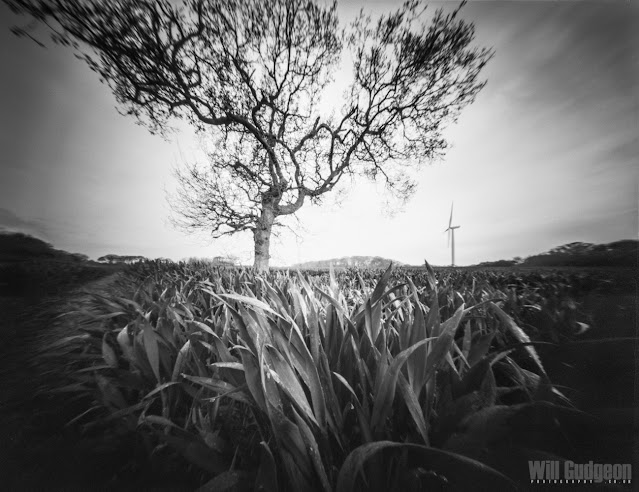 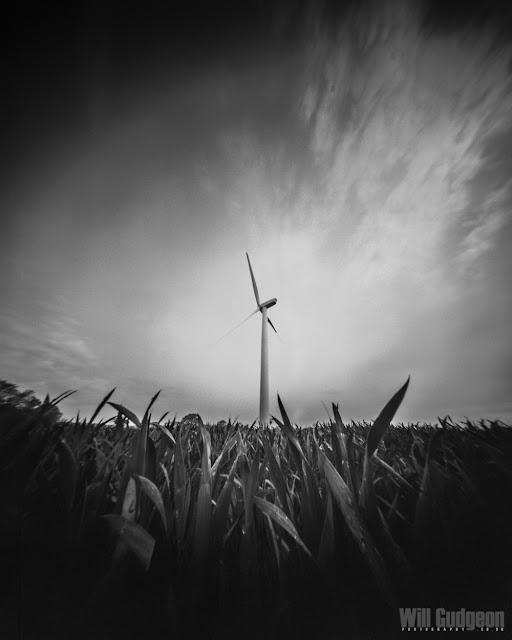 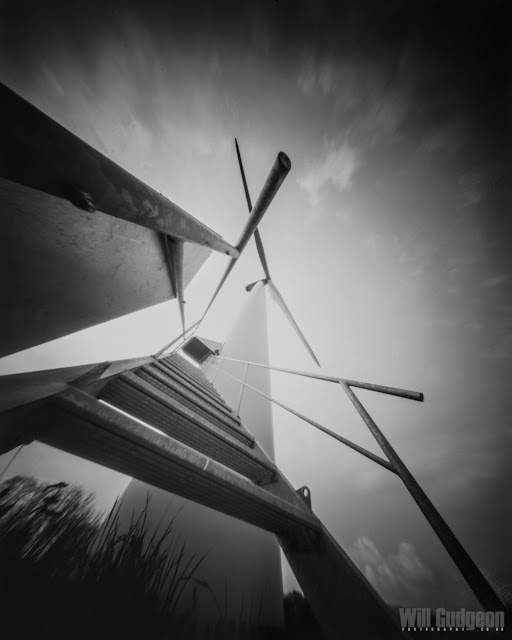 Fourth Shot
Timber stack
With this I was partly seeing how wide the Zero45 is.
The camera was around 1.5 feet (45.72cm/18inches)
7 second exposure 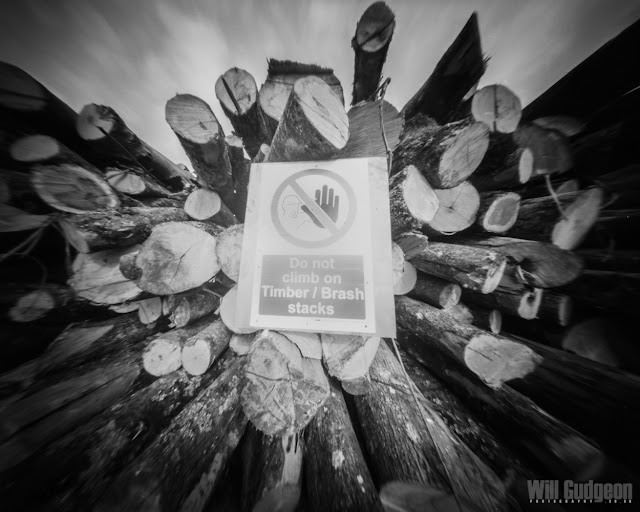 Fifth shot
Its a long way up
Laying the camera on the floor looking straight up.
3 second exposure 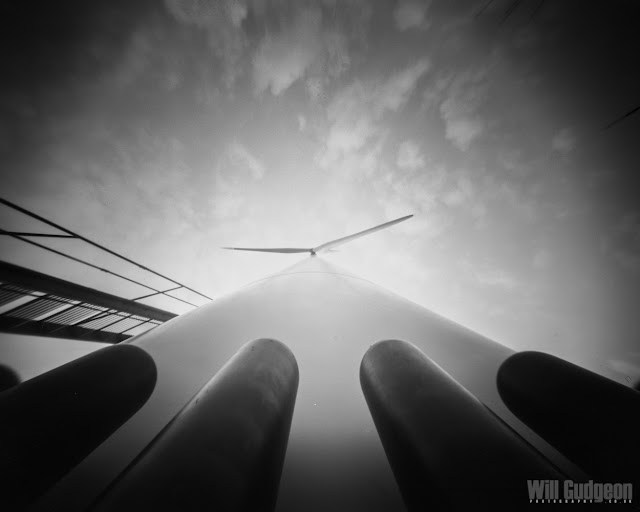 Sixth shot
The sun sometimes gives a funny effect in pinhole shots, this time it just blew the area out.
Laying the camera on the ground again in amongst some grass and weeds etc
3 second exposure. 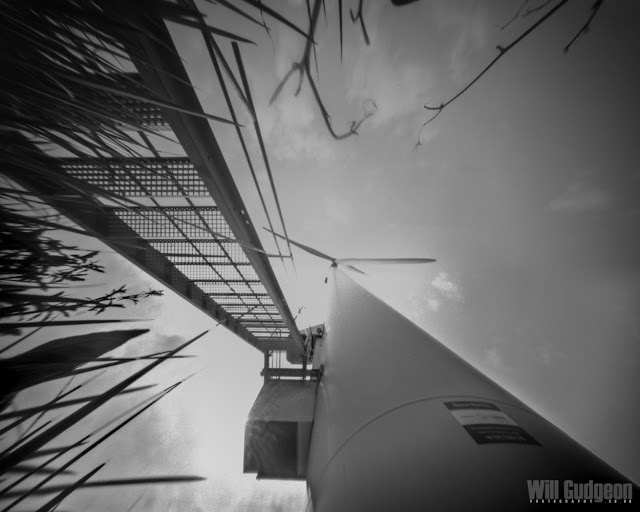 VIDEO ON YOUTUBE
HEAD OVER TO MY CHANNEL AND SUBSCRIBE SO YOU DON'T MISS ANYMORE VIDEOS
www.youtube.com/willgudgeon

Thoughts on this shoot
Pleased with the photos from this shoot, clearly wasn't thinking straight thinking my camera wasn't wide enough. My light meter app kept crashing my phone again, so downloaded a new one while trying to figure the first shot out, so was trying to understand that half the time. Will be heading back to "improve" a few shots, and get some more ideas on different compositions.
Kit used on this shoot
See my Full kit list here
If you would like any of the photos in this post, my favourite are available on my site.
You can purchase digital downloads for personal use and Editorial use, also Giclée art prints, Framed Prints and Canvas Prints.
https://www.willgudgeonphotography.co.uk
Or a wide range of products are available for world wide printing and delivery through my
RedBubble Store