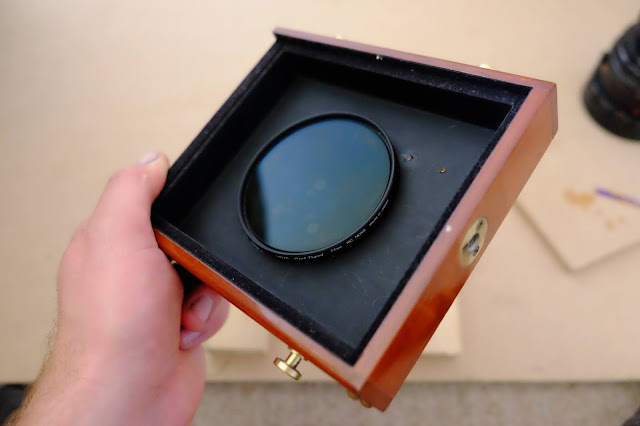 I have wanted a filter holder on my ZeroImage 4x5 for a while, Zero Image do make filter holders, however most of these fit on the outside and further away from the pinhole which will result in obscuring the pinhole, especially when very wide. I also wanted a filter on the inside and as close to the pinhole as possible. Due to a pinhole cameras infinite depth of field any small marks on the filter will show on the final image, inside the camera will be kept away from things landing/splashing on it during the exposure, and closer to the pinhole the light will pass through a much smaller area of filter.

The 72mm fitted perfectly around the Zero Image (pinhole wheel) inside. 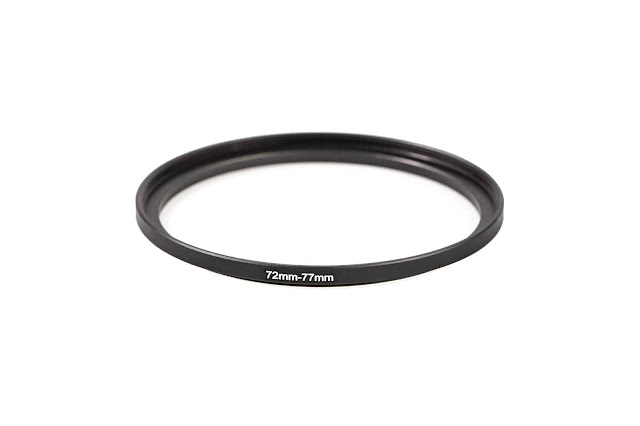 I then removed the 72mm thread and filed it smooth. 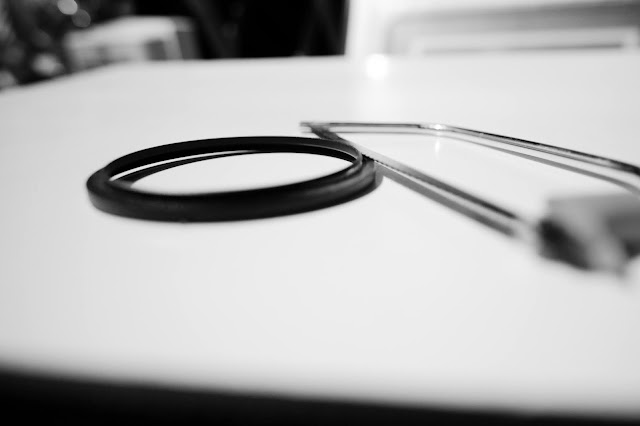 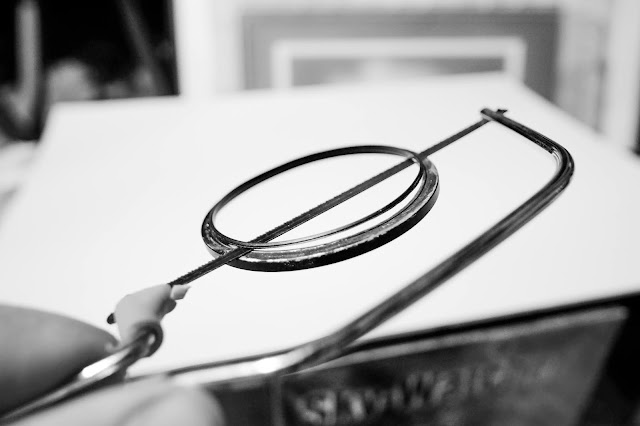 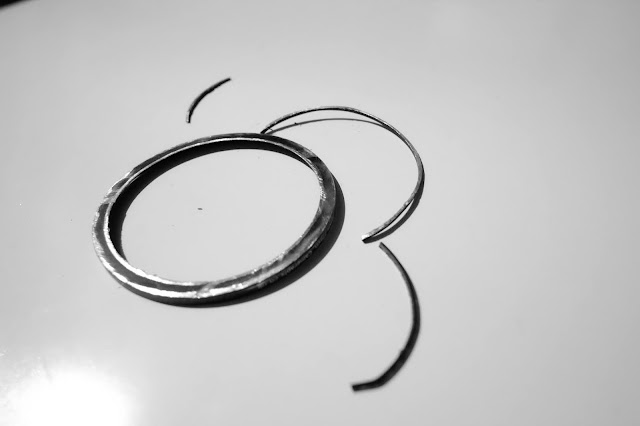 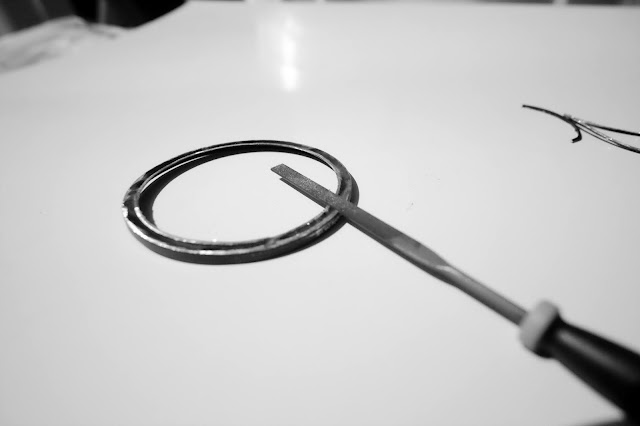 I then glued it in the centre of my Zero Image pinhole camera. 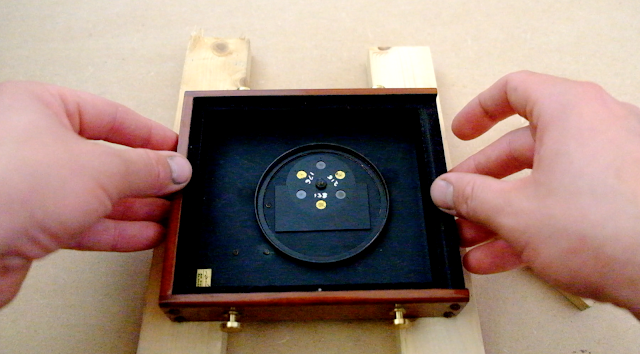 Kept a weight on it and let it dry.
And now I can add some 77mm filters as and when I need them. 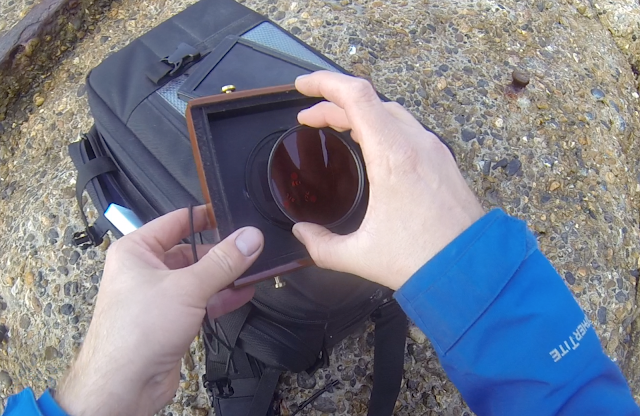 The filters work well and don't seem to cause any obscuring to the light asking through the pinhole.
The image below had a filter on and you can see just to the right of the wheels marks on the filter as it was slightly wet from changing it n the rain....don't do that!
I will update when I get a good day for filters. 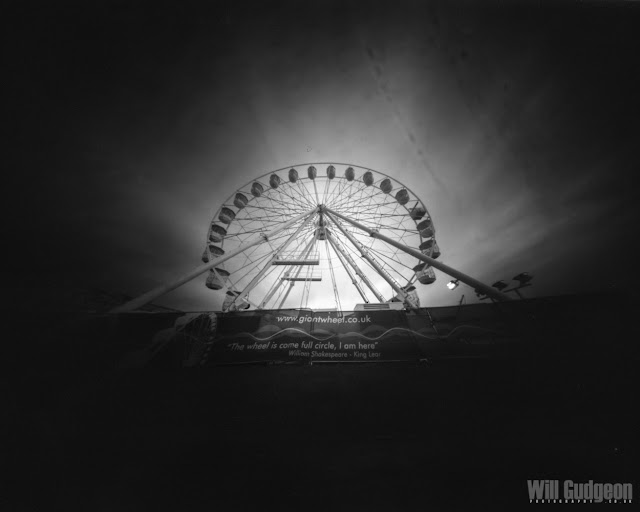