on September 07, 2019
September 7th I (for the second attempt) wanted to kayak around to the Beachy head lighthouse with my camera gear loaded up, to save walking, and can get around there at a higher tide. I tried this the previous week but due to a extra low tide (which made it impossible to get my kayak safely over a load of rocks from where I wanted to launch) and parking problems due to a big event I decided to wait for the following week, which was also going to be a high tide and easier launch.
Headed out, got all my gear loaded onto the kayak and down to the beach, weather was a little windier than expected but didn't seem to bad, I launched from Holywell in Eastbourne and started to head around to Beachy head. 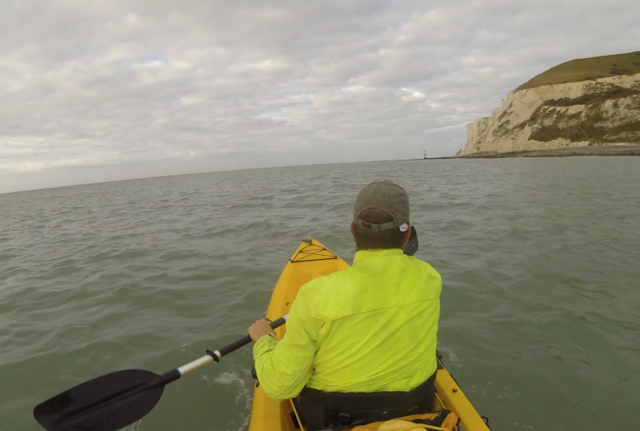 Soon after heading out I noticed the wind picking up (blowing me out and towards the lighthouse)   and the further around I got out the waves started to pick up.

Holywell can be very sheltered, the South Downs come out and protects the area, the weather difference between one side and the other can be very extreme at times.

The further around I got I could see some big waves smashing against the harsh rocks and the lighthouse, the wind was getting much stronger pushing me further out, soon realising for my own safety I needed to head back and fast, turned the kayak around and had to paddle hard to fight against the wind, keeping my eye on the shore to how fast I was (or wasn't ) getting back, with the wind in my face any short break from paddling I had it would just blow me back. With a big relief I finally managed to get back into the sheltered area.

I had my old GoPro Hero 3 black rigged up for time-lapse of the paddle. Its hard to see the waves in the video but just watch how much the horizon starts to shake the further around I get.
Also appears I have a moisture issue, as started to get a condensation spot in the middle of the lens.

Getting back to the beach and feeling a bit achy all over, I decided to get some shots on the beach instead.

This is the first.
Using my Fuji X-T1 and Samyang 12mm lens catching the waves receding back to the sea off the beach. 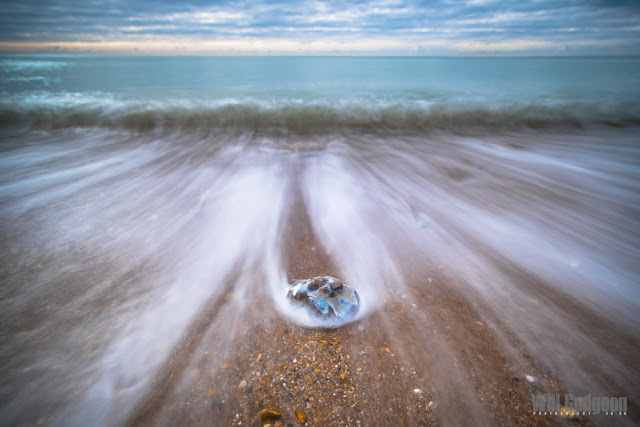 I also had my Zero Image 4x5 pinhole camera with loaded with some Black and White Fomapan 100 film. Using this with just the 25mm attachment for a super wide angle shots, I set it up for some pictures of my kayak on the beach.

Not yet developed this film, keep an eye on the site for when I develop this batch of film. 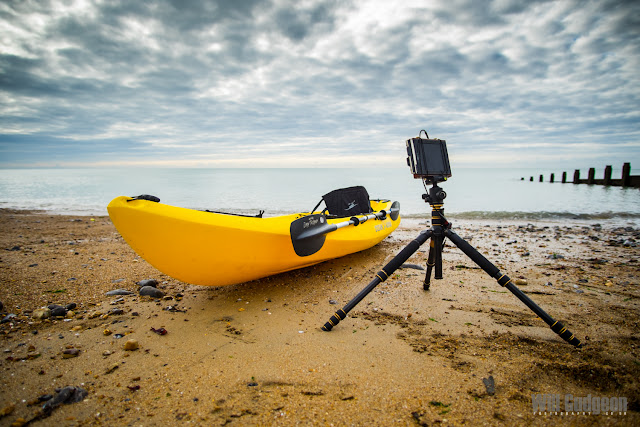 I then finished of with a long exposure using my Fuji X-T1 and Samyang 12mm lens, also using my B+W 10 stop filter to create the 42 second exposure which makes the sea to appear calm. 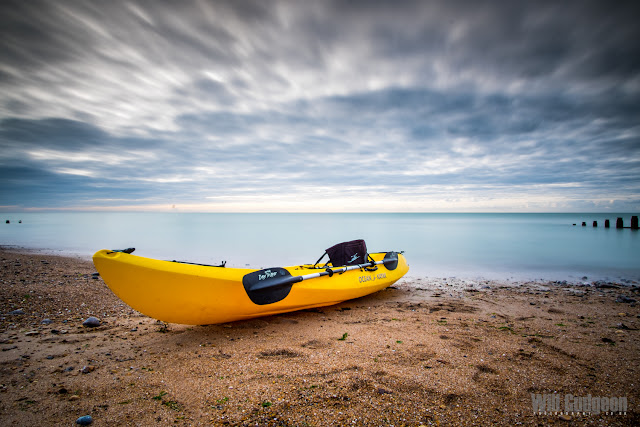 Although a failed trip it was a great trial run having my camera gear loaded onto the kayak, have a few adjustments I need to make for when I try again, but will defiantly be getting out on the sea with my gear again.

More work available to purchase digital download and prints through my site https://www.willgudgeonphotography.co.uk