This mornings "Behind the pinhole camera".

on August 04, 2018
This morning (Saturday 4th) I headed out at 5:45am after an early awakening from my 2 year old.
I had my Zero image 4x5 packed along with my ONDU 6x12. I headed to the seafront for a quick skate with the dog. I wanted to try skateboarding with my pinhole camera.
My first 2 exposures from my Zero image I had the camera attached to the board, only downside was due to it being 6am, light was still low and was having to do 60 second exposures taking into account the reciprocity failure of Fomapan 100.

After my skate I headed up to view Beachy Head Lighthouse for my 3rd exposure.
Added all 3 extensions so it wasn't so wide, this was a 6o second exposure.
I also shot 1 exposure with my ONDU pinhole here too.
Both cameras were held in place using my Manfrotto Super Clamp and small ball joint head. 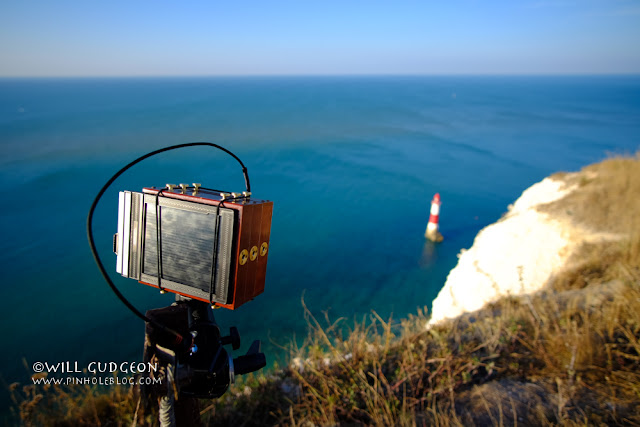 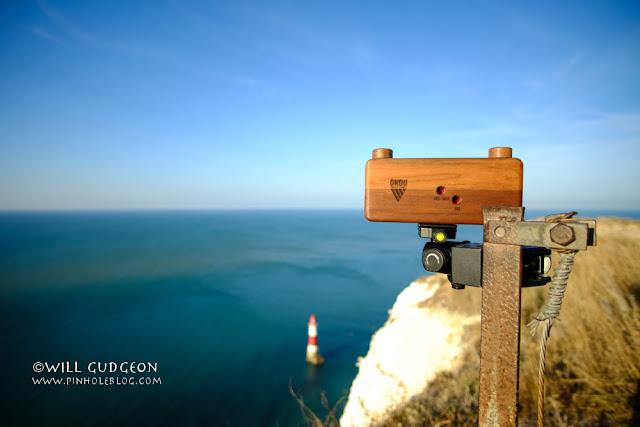 After my exposures at Beachy head the light had started to improve a lot more, so grabbed my longboard skateboard re attached my Zero image 4x5 and managed a 10 second exposure cruising  along.

Not your normal action camera 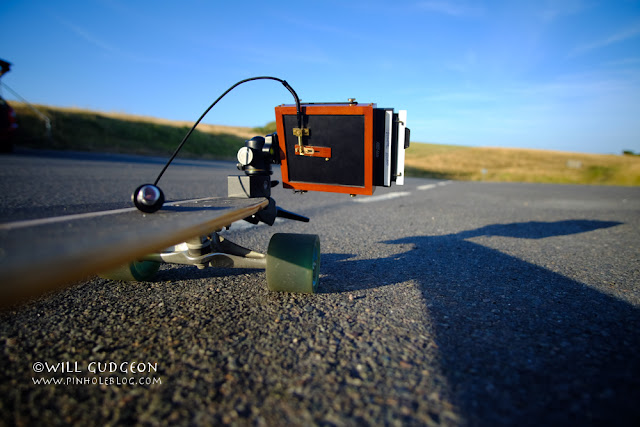 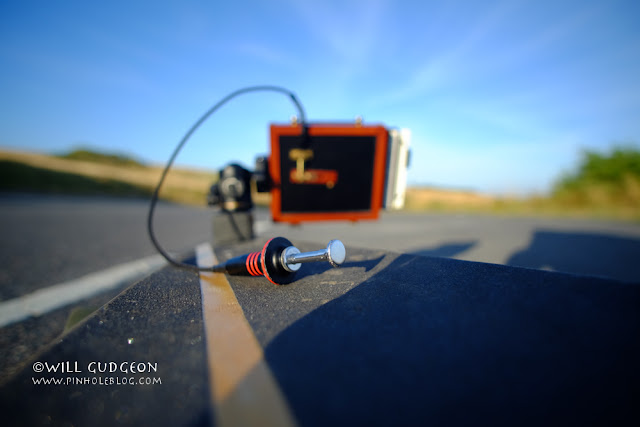 After almost crashing doing this exposure as I picked up more speed than I anticipated I headed over to Newhaven harbour.
I did my 5th exposure here with my Zero Image and another with my ONDU.
My Zero Image was set out on my tripod and my ONDU again using my Manfrotto Super Clamp. 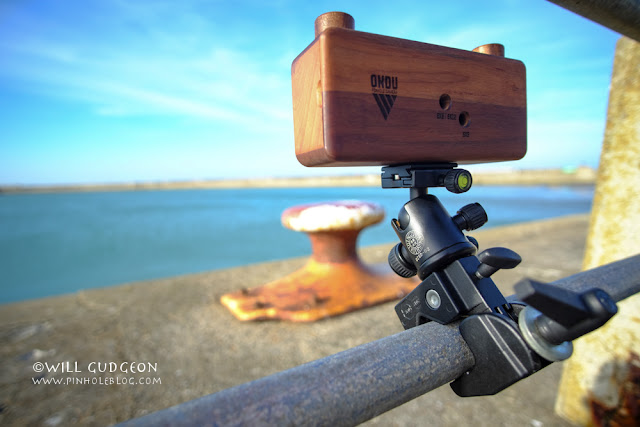 After a short drive from here I headed to St Andrew's Church, Beddingham for my final exposure with my Zero Image.

I have not yet developed any of these images, so at the moment I have no idea what any of them will end up like especially the skateboard images.

Hopefully will have them developed at some point over the weekend, and will scan them early next week.