Two mornings in a row, in the woods with my film cameras.


Been feeling a little uninspired with photography recently, having a really I can be bothered few months. This is most lightly down to just exhaustion, Mon to Fri job is busy and very hot, painting cars in an oven 8-10 hours a day is not a nice job when its hitting 30ºc, also been taking on a bit of private work in the evening to help out financially at the moment, as times seem a bit tough, also 3 young kids not sleeping great doesn't help.....However, On Saturday morning I headed to a local wood with my Yashica D TLR loaded with a roll of Fujifilm Acros 100 120 film.

Not used this camera for a while, it normally sits on display, it was my 1st medium format film camera, brought it on eBay for £40. The only thing wrong with it at the time was a sticky shutter, shutter speeds were about 4x longer than they were meant to be. All I did to un-stick it was fire the shutter over and over again, after a few days of doing this it freed it up, now it all works perfectly.

Set up my first composition, went to take a light meter reading with my app and a error popped up "LightMetre app not responding"....AAHHHH. Kept force closing it, starting it back up, uninstalled, reinstalled, still no luck. So restarted my phone and all seemed good. Only thing was, as I had reinstalled it, it now wasn't calibrated and with my phone I think it normally shoots 2 stops over with the app, so just played guess work and shot all images at f3.5 1/15sec which was around 2 stops more than the app recommended...I really should buy myself a decent light meter which I presume won't crash.

Also on Sunday morning, I got out to the woods again, this time with my Mamiya RB67 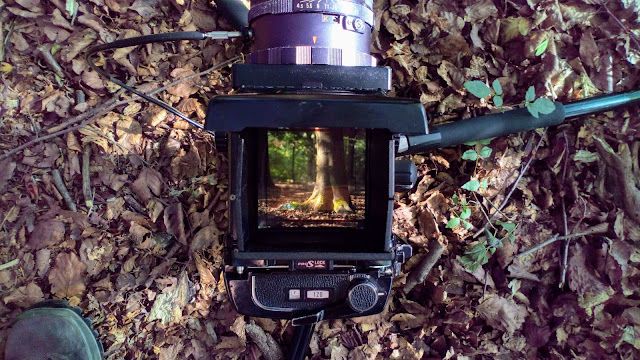 Again loaded with Fujifilm Acros 100 120 film, thankfully the app light metre app was working fine today.
Ive been mostly shooting the light hitting the base of trees, I captured a few the other year with my RB (pics below) and have always wanted to add to the series of photos.
Hopefully if all the photos come out ok (still need to develop the films) it should be a nice selection of pictures.

Getting back out with the cameras really has giving me a boost of inspiration, and hopefully I will keep it up, no matter how shattered I can feel, when I am up and out I soon start to get a boost of enthusiasm and more inspiration to keep it up.

Just need to slow up and work, get to bed earlier and get out more with my cameras

Previous photos, both captured with my Mamiya RB67 and Ilford Pan F 50 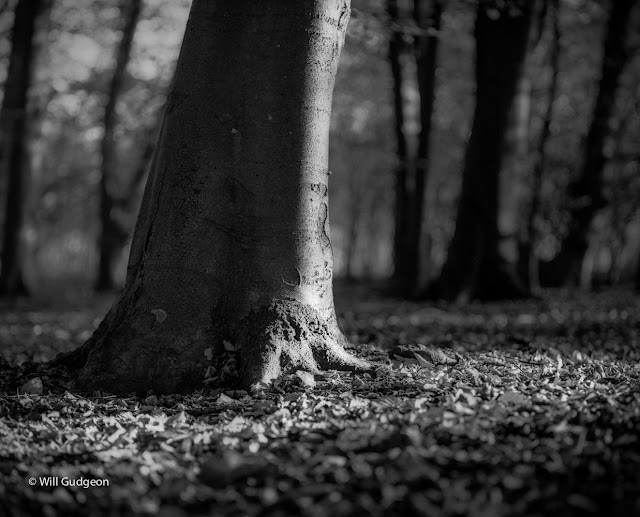 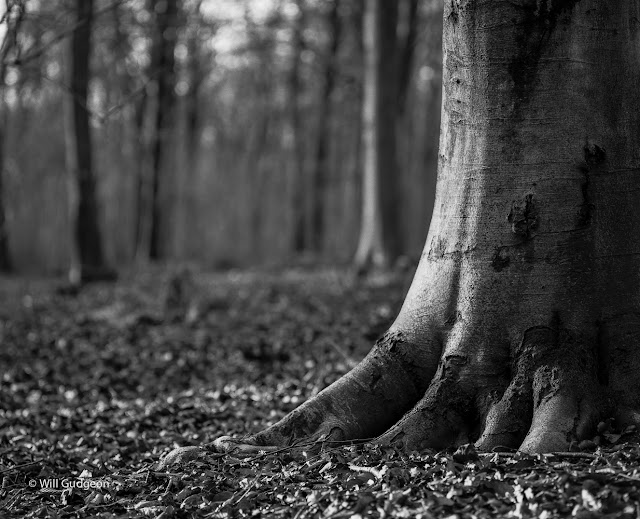