Morning out photographing with my 5 yr old daughter 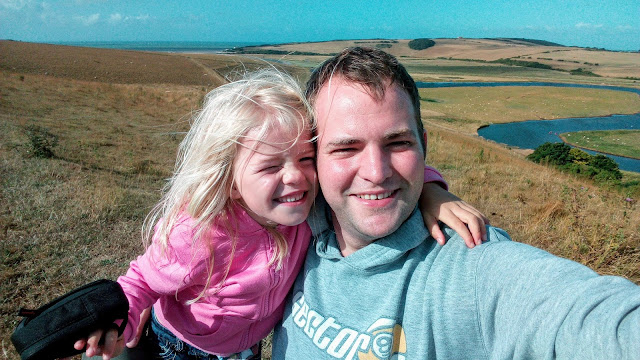 On Saturday morning I was getting ready to head out with my cameras, packing my bags, checking which batteries worked and loading film. Very quickly my daughter Evelynn shouted "I WANT TO COME WITH YOU AND CLIMB A MOUNTAIN!!!"...not sure where she got climb a mountain from as there aren't any mountains near by, but I agreed anyway and loaded her with our old Canon G15 to take along.

Headed to a local river (The Cuckmere) and headed up a big hill which overlooks the meanders, this was as close to a mountain I could get which I knew she could managed.

I was loaded with my Mamiya RB67, 3 Mamiya lenses, tripod, Fuji X-T1 + 2 lenses, ONDU pinhole camera and my dog, who was on a lead as there were sheep in the fields, while Evelynn happily plodded along with her Canon G15.

I left her to it with the Canon, thought it would be interesting to see what it is that she captures by herself, just showed her the zoom in and out buttons.

Amongst the 500+ photos she snapped here a small selection of her morning out with me. 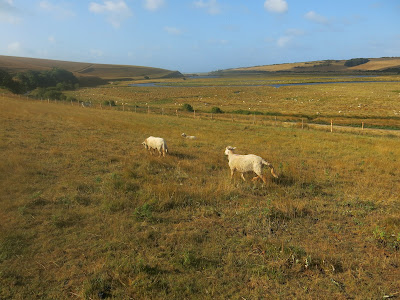 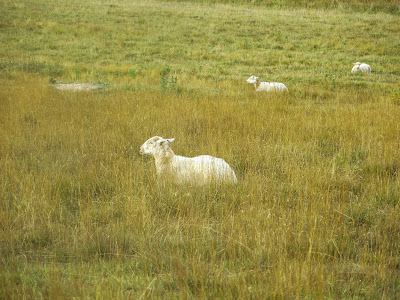 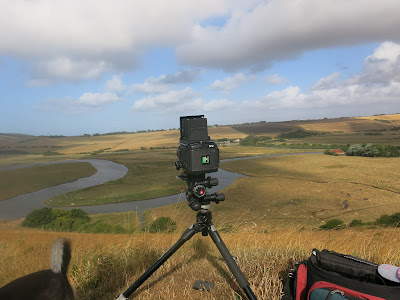 and then my ONDU Pinhole 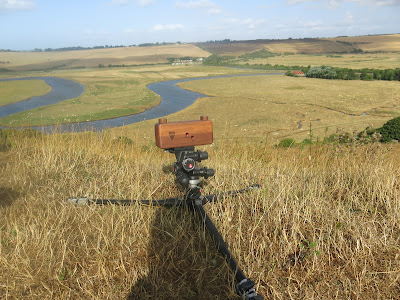 Then also the dog and me 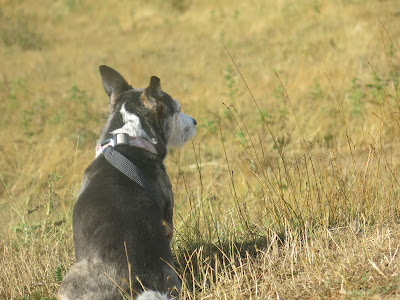 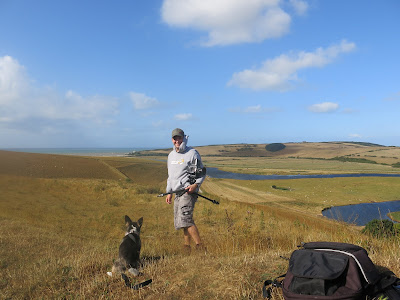 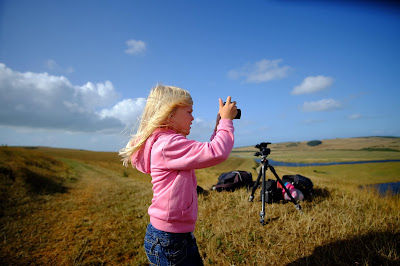 This is her own landscape shot, which she called "Golden fields". 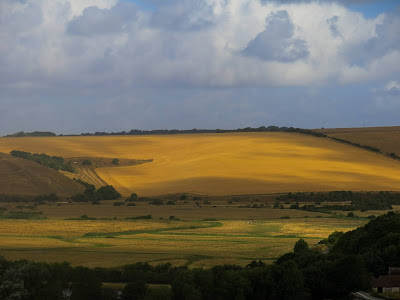 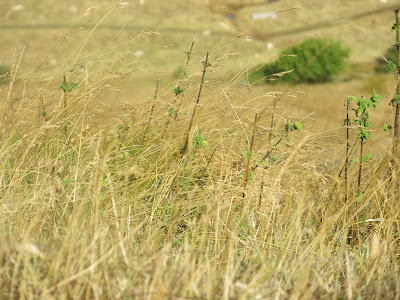 After a little while here she decide it would be nice to head to the woods.
This also gave her the chance to add to her love of photographing her footwear...including the sheep poo she had collect on the bottom of her trainers, which was also then placed on the car dashboard.. 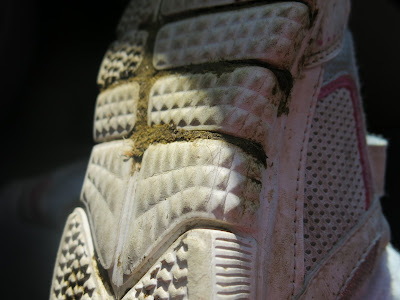 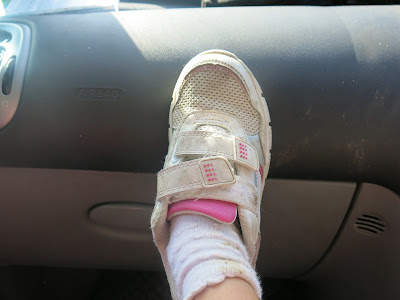 Driving in the car she released taking photos of bushes and trees while driving makes them blurry as we zoomed past.
This is 1 of around 50 photos captured, but we like this one as she had been trying to also capture herself in the car door mirror. 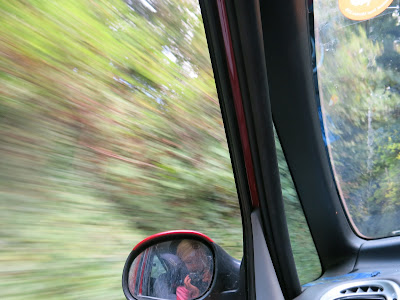 In the woods she told me she was going to photograph every single leaf.....and she did a good job of this too. It was interesting looking through her photos and seeing how many were the same thing I had been photographing or attempting too. After I set a few shots up and then decided against them, she normally came back with "Well I can photograph that". 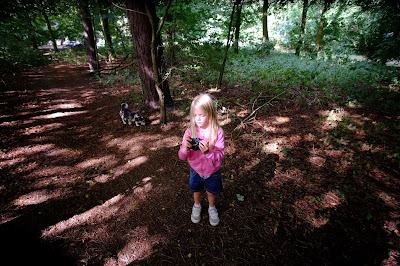 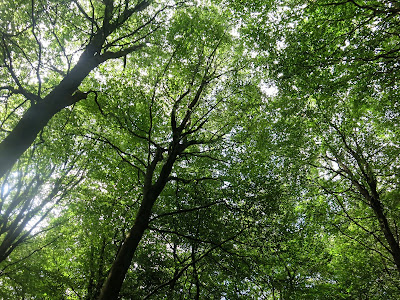 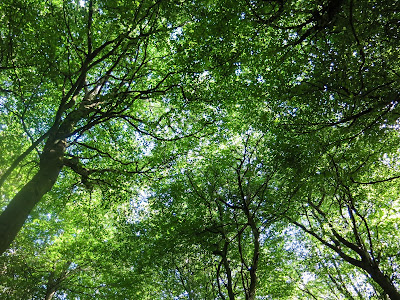 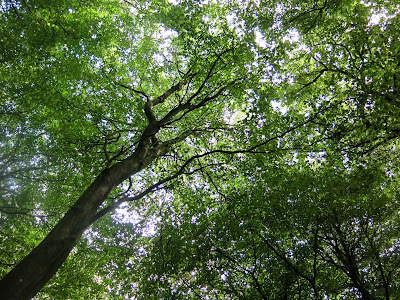 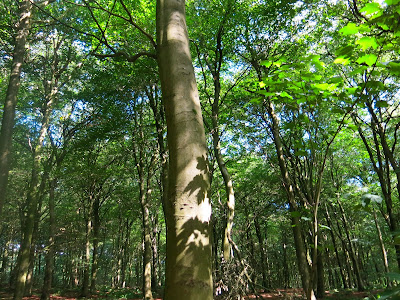 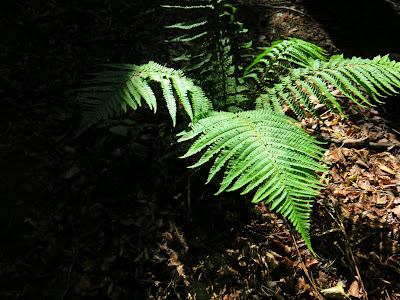 Between photographing as many leaves as she could, she also included The Selfies 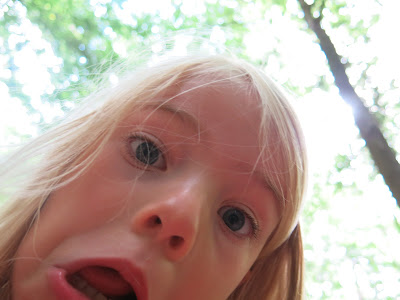 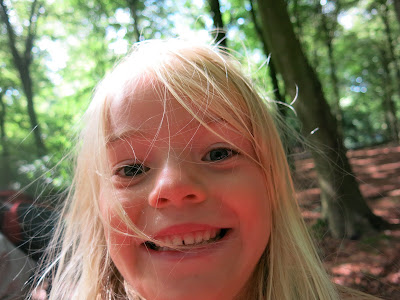 And what she has called "A Bear Nose"..or the Dog nose. 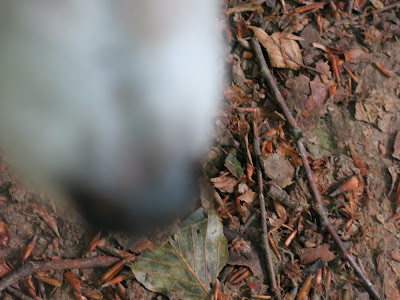 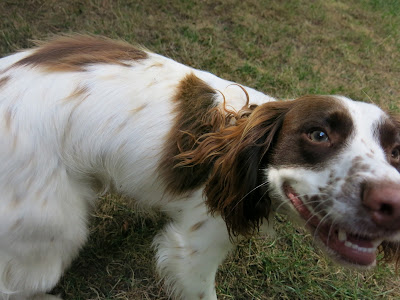 She was also very excited to find this mushroom and spent a long time photographing it from as many angles and distances as possible, and insisted I had to photograph it with my camera. 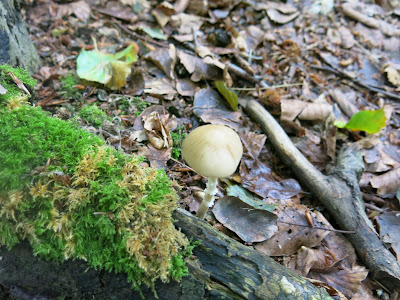 Another of me with my Mamiya RB67 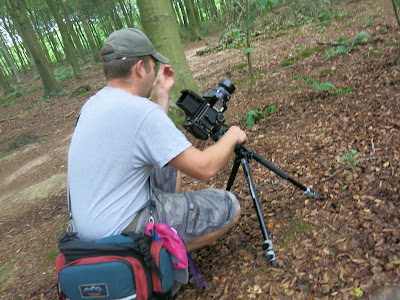 Not sure what this is, but she had taken many photos of it.
(Possibly her shoe) 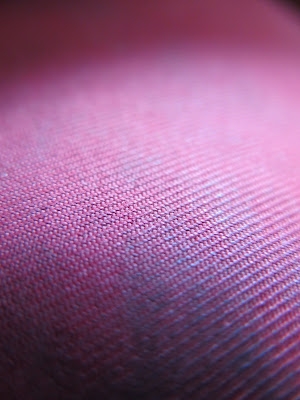 Naturally it was a lovely morning spent with my daughter doing something I love and mostly I do with just the dog. It was also very interesting to see what she had photographed and how much she had observed me while I was taking photos and also going about capturing similar things. Not only was it great to see, but hearing her as she was taking photos, every now and then shouting with excitement "YES I got it". She also question me about photographers and then happily stated she is now a photographer, and my next job as Dad is to make a photo album of ALL our photos from the morning...

Hopefully you enjoyed my daughters photos, it will be interesting to see if photography is something she remains passionate about as she grows up. Most of my photos were on my film camera so will also share these in a separate post when I get around to developing.