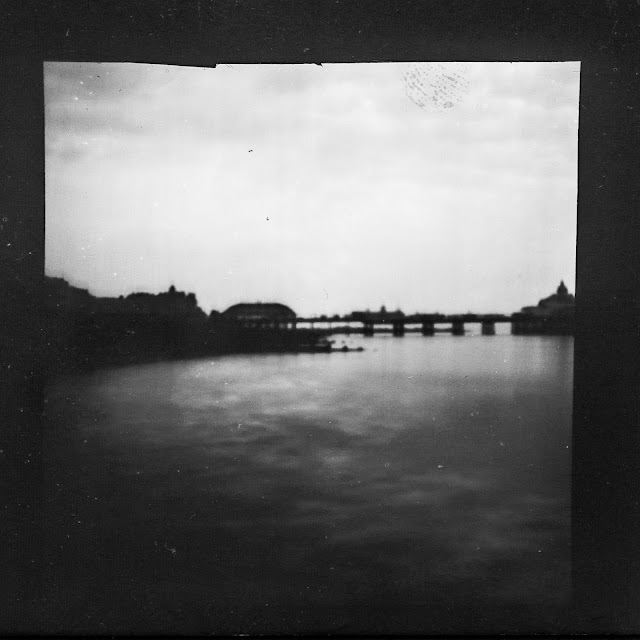 Friday Favourites, where I tell you a little something about a favourite photo of mine.

So first of lets be honest, its a rubbish photo, but to me it means so much more.
Throughout 2014 I had a load of computer problems, with my Mac going in for repairs then when getting it back having more problems and off it went again for weeks at time.
Throughout this time I developed a huge hate for technology, my camera memory cards were rammed as I had no way of getting the image off.
I decided to dig out a pinhole camera kit my wife brought me for Christmas a few years previous and had just sat in a draw ever since.
I spent an afternoon building the little box and the black paper box inside with pinhole, getting myself familiarised with the chemicals and developing process, made a "darkroom" in a cupboard and loaded the photographic paper.

On a Saturday morning on August 2nd 2014 I headed out with my little wooden box held together with elastic bands and set it up on a sea groyne facing Eastbourne pier and took my first ever pinhole exposure. 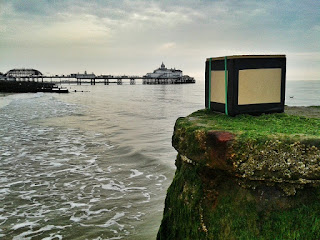 Got home went into my cupboard darkroom and develop my first ever photo.
Took a photo of the negative with my smartphone and converted the negative into a positive and WOW, I had never been so impressed with such a rubbish photo.

This started my obsession for pinhole photography and what led me to having a huge love for film photography, I started making my own cameras using drinks cans, VHS cases, Easter eggs, and the list goes on. I soon brought a 4x5 Zero Image pinhole camera and a ONDU Pinhole camera.

So, however rubbish this photo is, it is what led me to having my obsession with Pinhole photography and film photography.