This could be a slippery slope 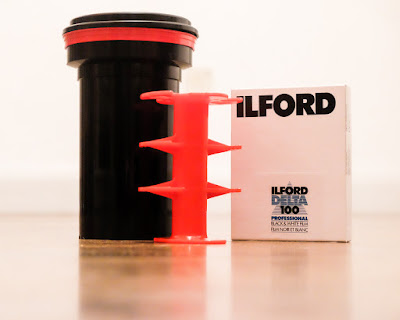 Got this lot through today

Paterson Multi-Reel 3 Developing Tank
Bigger tank, can hold 2 120 films or 3 35mm film, should hopefully speed things up being able to developed 2 rolls of 120 in one go.

Ilford Delta 100 4x5 film
Never used 4x5 film before, but have a Zero Image 4x5 pinhole camera, and have only ever used darkroom paper with it, which can give some wonderful results, but when the camera is at its widest (25mm), due to the papers low light sensitivity you only get a very small image in the middle as the light does not reach the edges quick enough, or if you do leave it long enough you get an image all the way to the edges, but it blows out the centre.
So hoping using film will get much better results. 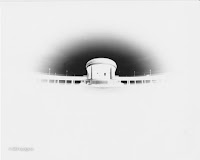 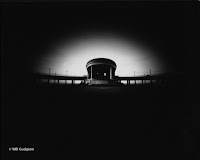 MOD 45
The Red Thing
The MOD54 is an adaptor to process 6 sheets of 4x5" film. This adaptor is designed to fit in a Paterson 3 Reel tank.
Heard mixed reviews on this, but though it would be worth giving it ago, if I struggle using it I will try developing 4x5 in trays.

I have only ever shot 35mm and 120 film, so really looking forward to shooting and developing 4x5, I currently have no plans on getting a 4x5 camera (other than the ZeroImage pinhole I already have) but since ordering this, my eBay search history may suggest otherwise.