on February 28, 2016
First attempt at a year long exposure


Late at night on December 31st 2014 I set up a small solargraphy camera looking towards Eastbourne pier, Sussex UK.

The camera was made out of a small drinks can with a piece of light sensitive photographic paper inside and a small pinhole on the opposite side.
The can was sealed with tough sealer and placed in a hidden location on the seafront. 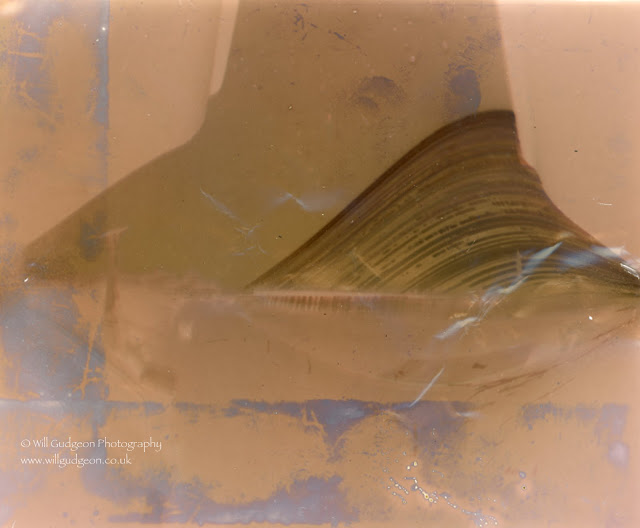 After I had converted it into a positive image in Lightroom


You may be able to recognise some of the pier
The pier starts at the 1st sun trails and you can make out the legs, also the seafront promenade and beach.
Not as clear as I had hoped, but the paper has had some damp issues which has affected the light sensitive emulsion, also the can has either had a slight wobble or had been touched by someone which has slightly moved the camera.

Either way, for my 1st attempt at a year long exposure, I'm happy with it, and currently have 2 other cameras set up capturing 2016 in a single exposure.