A very wet morning out with my pinhole camera 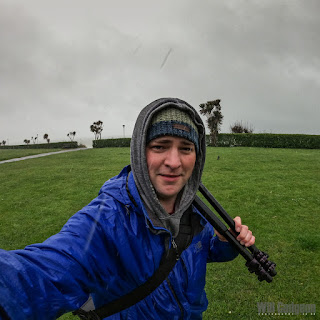 Saturday morning I had back out with my Zero Image 4x5 pinhole camera and some sheets of Fomapan 100 film. I headed to the local beach as it was low tide, during low tide it gets very rocky in some areas. The weather had been raining before I headed out, but had stopped and been on and off lightly since, I don't mind being out with my pinhole camera in the rain, no electronics, no lens to keep getting water drops on, as long as the camera doesn't leak and get the film wet, its normally fine.
The film was developed in Ilford ilfosol 3 for 5 minutes
The first shot I set up was off the rocks, with a 1 minute 20 second exposure.
Pleased with how it camera out, but do wish I had angled the camera down just a little bit more.
Zero Image 4x5 - 50 mm - f/178 - 80 seconds 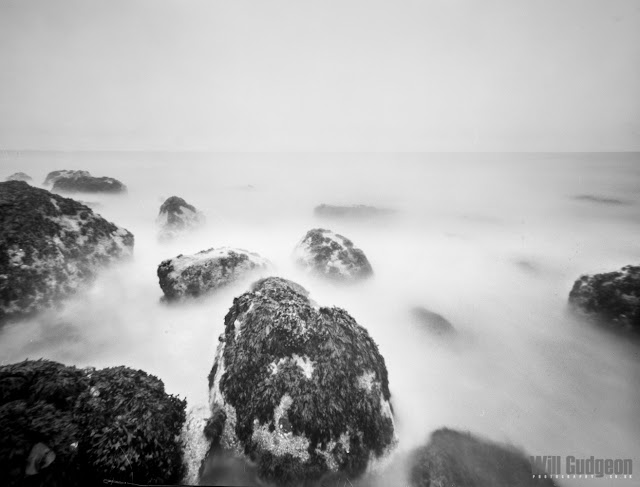 Second shot Im surprised came out as clear as it did, I had the tripod on the sand and water flowing around it every time a wave came in, normally the tripod would sink into the sand (which it dod a bit) but I had the tripod as flat as possible to help spread the load to avid this to much.
Zero Image 4x5 - 50 mm - f/178 - 47 second exposure 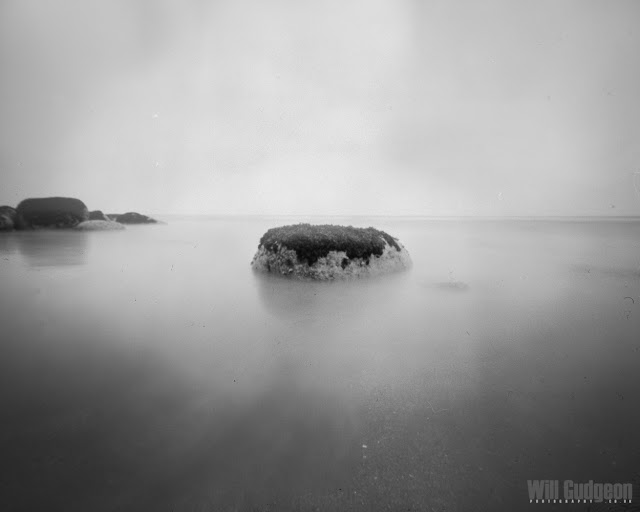 Third photo, I switch over to the super wide on my Zero Image 4x5, I had my  tripod partly submerged in a rock pool. Most wide shots will always have a natural vignette around them, I do find sometimes if you have an object in the centre of the photo you can expose for the shadows and it will help balance the whole image out, this has cut back the vignette slightly, but personally its not something that I particularly worry to much about.
Zero Image 4x5 - 25 mm - f/130 - 30 seconds 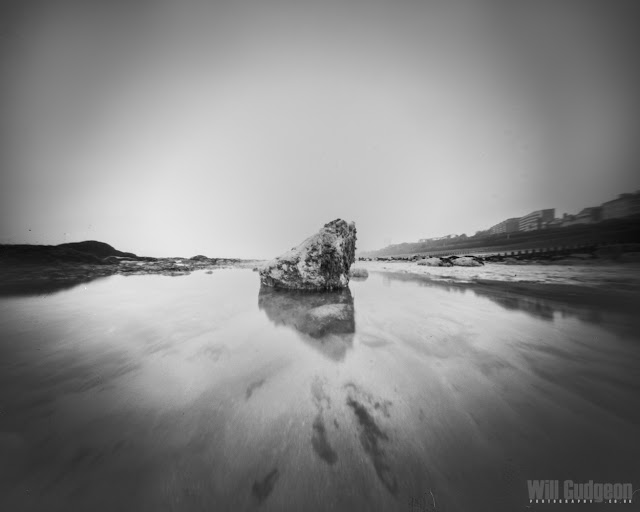 fourth and my favourite
Out on this old drainage pipe with the waves crashing in around it, rain was starting to slowly get worse.
I did take 2 photos here, one with the 25mm and the other 50 mm to compare the difference, but when adding the second layer my elastic which holds my camera together got wedged between the layer and caused a light leak and it really did not look any good at all.
Zero Image 4x5 - 25 mm - f/130 - 30 seconds 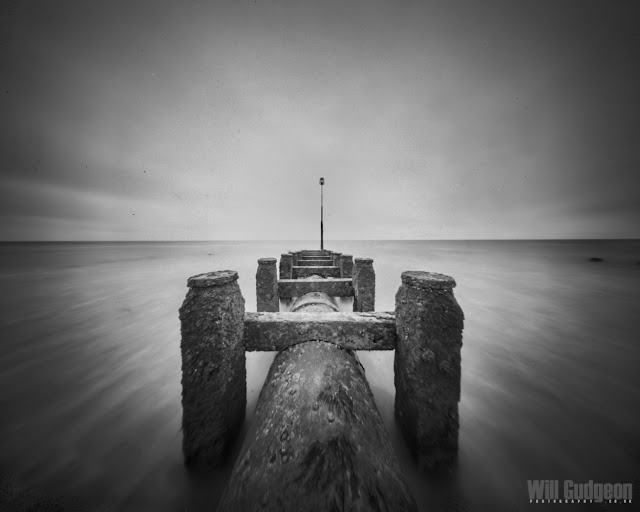 Fifth and final.
The big wheel in the pouring rain, by this point I was soaked through but I passed this on my way back and liked the look of the wheel with the bushes and plants in the foreground, also there was some motion in the plants from the wind.
Zero Image 4x5 - 50 mm - f/178 - 40 seconds 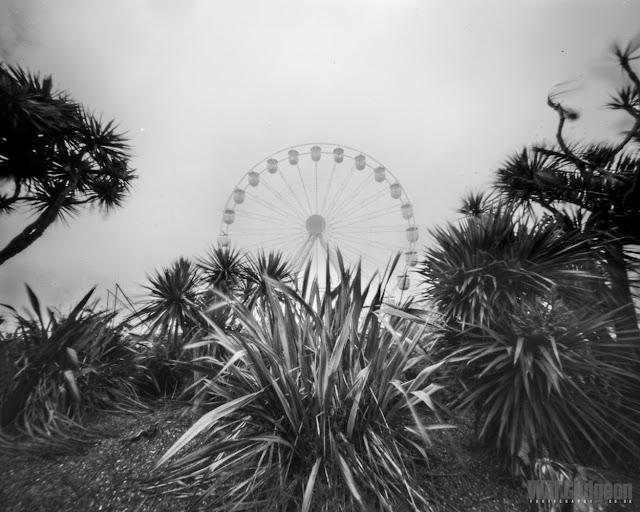 After that I was done, completely soaked though and cold, but really pleased with some of the shots I got. Headed home to was all the salt water off my gear and dry it all out.
MAKE SURE YOU CHECK OUT THE VIDEO
AND HEAD OVER TO MY YOUTUBE CHANNEL TO SUBSCRIBE
Kit used on this shoot
See my Full kit list here
If you would like any of the photos in this post, my favourite are available on my site.
You can purchase digital downloads for personal use and Editorial use, also Giclée art prints, Framed Prints and Canvas Prints.
https://www.willgudgeonphotography.co.uk
Or a wide range of products are available for world wide printing and delivery through my
RedBubble Store